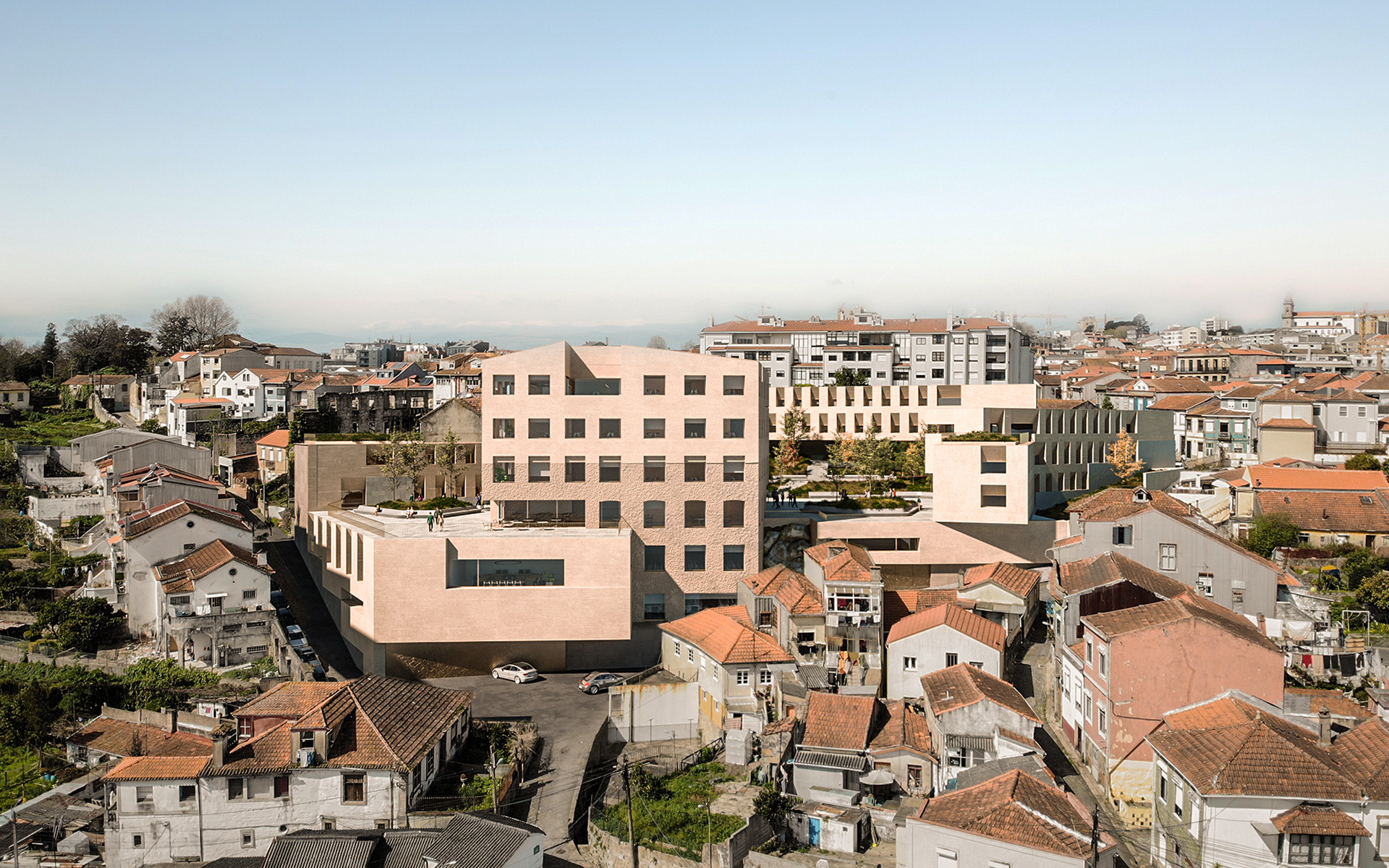 Today, Campanhã displays with spontaneity and rurality, the summer farms and manor houses located on the bright and airy slopes of the Douro River, with panoramic views to West and East created by its wavy course. It also displays the establishment and industrial transformation of the territory in the 19th century, boosted by the owners of these farms and manors, and encouraged by the arrival of the railway between Lisbon, Minho and Douro. Quinta da Moagem now belongs to a prime construction company, that builds and manages infrastructure in the world. They want to reconvert the current set of unqualified buildings and additions of the plot into a new office and educational building.

The structuring and conciliation of the two universes create shared and projected uses in sight, progressing between the lower and upper levels between a common base and structuring base and the individualized bodies intended for services that emerge in the landscape. Public uses — cafeteria, restaurants, auditoriums and multipurpose — and those intended for management and administration observe the sun and the river to south. The longitudinal and perimeter bodies — generated by a morphological organism — and the preserved central volume stand out. There is, however, a linguistic and thematic unity where the rhythmic abstraction of the existing elements contaminates the whole with homogeneity and density. Textures are used to denounce the existing with purification and discretion. Amidst this organicity there are vegetable and natural voids that evoke the past. 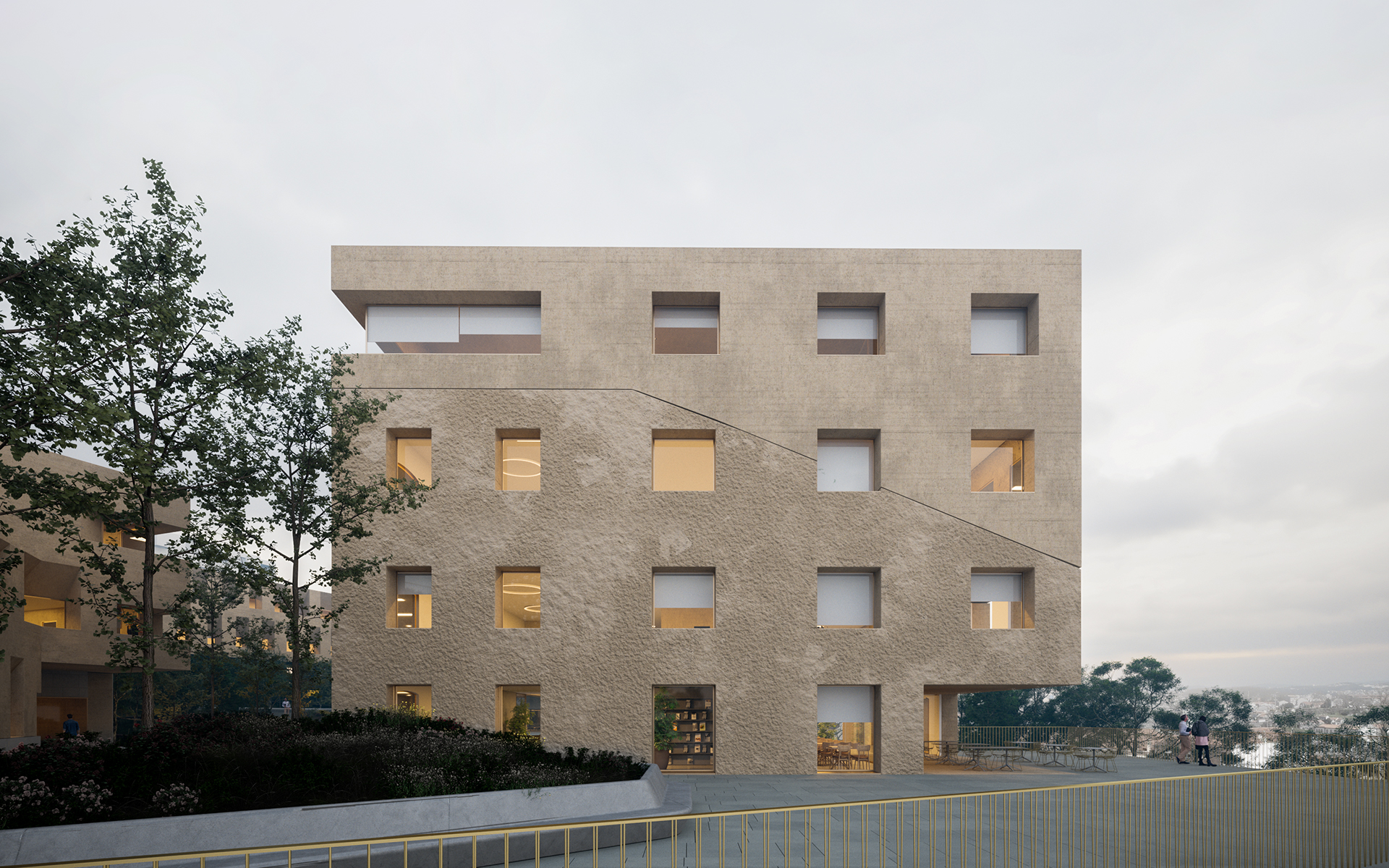