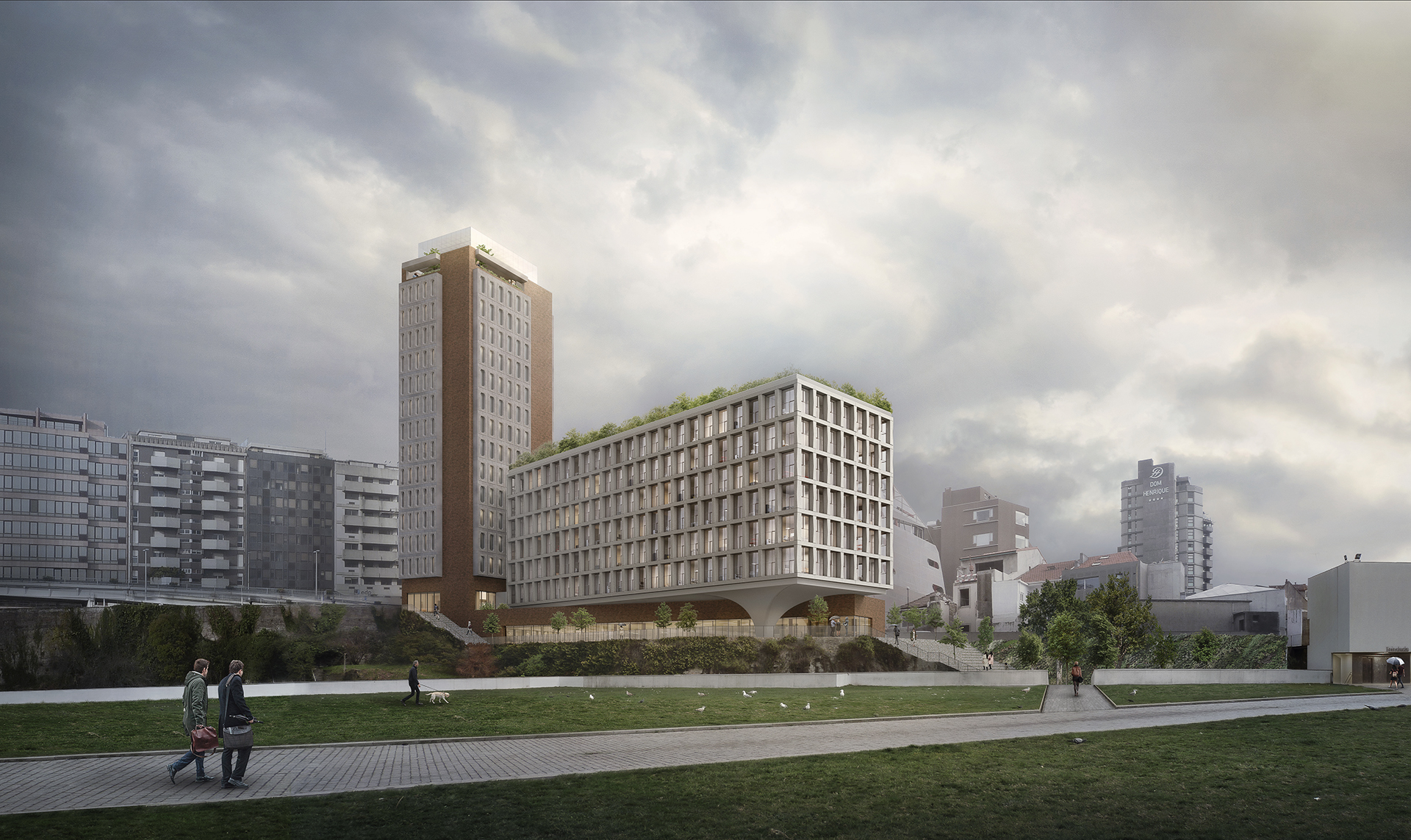 Iconography and symbology transversal to time

Associated with a structuring route of connection and urban extension, foreseen in the Master Plan of the City by the urban planner Robert Auzelle, the headquarters of Jornal de Notícias, designed originally by the architect Márcio de Freitas, is the expression and affirmation of architecture for the future. A desire accentuated by the proportion and exposure of the ceramic panel by the sculptor Charters de Almeida, preserved outside and inside when adapting to a hotel. From the maintenance and reconversion of the iconographic tower for the city, demolitions are proposed on the podium overlooking the Trindade Station, where the enlargement also operated and added on top of the tower appears, highlighted and rotated.

The renewed vertical volume and the added horizontal volume are generally intended for rooms in the hotel. The ambition is also landscaped with the creation of different viewpoints at different levels and with the connection to the low height and to the Trindade Station level, important because it overcomes the inherited discontinuity and creates the incision in the landscape for the railway lines. The image referenced in history and collective memory maintains the main entrance in the articulation between the accesses to the vertical and horizontal volumes. The mechanism of repetition and modulation of the existing frames contaminates the language of the extension, temporally differentiated by the rotation and by the exposed geometry, also evidenced in the vegetal roofing and in the transparent epidermis where light is a generator and space shaping value.

A design that aims to revamp a city icon, adapting it to a new use, not forgetting its genesis (former headquarters of a national newspaper) and inserting it into the urban fabric in a more public way.