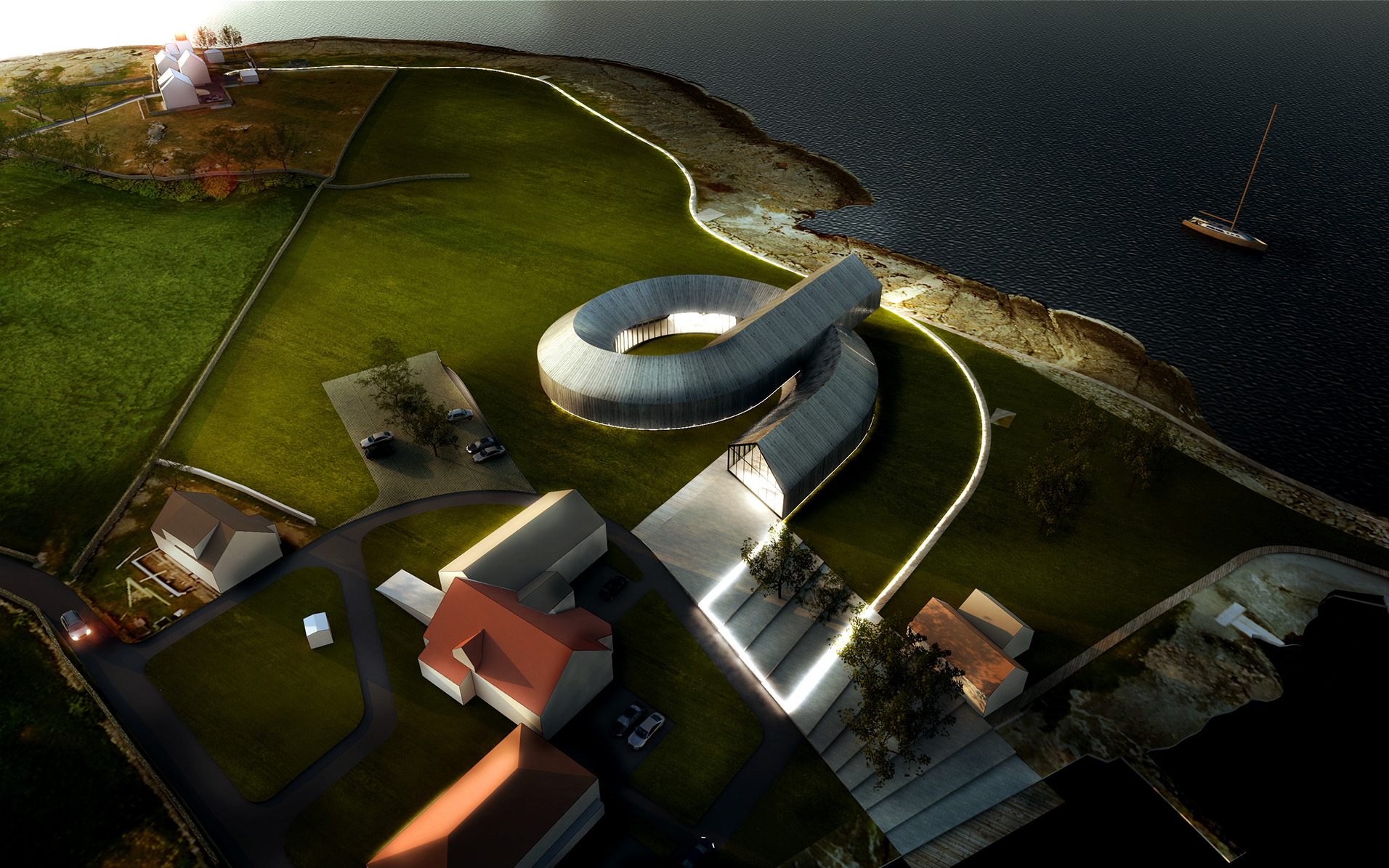 Evoking and celebrating the land and the sea

Located between the land and the sea, the project for the Maritime Science Centre at Tungevågen in Norway was presented in an international ideas’ competition. Carefully observing the local traditional construction forms, the Science Centre acquires an independence of its own like the nearby lighthouse. Attentive to the supremacy of the place with its natural and heritage values, the volume levitates over the place. A patio agglomerates and creates its own universe, uniquely identified and concentrated in the program. The seamless knot shape generates and serves the two uses, one for the museum, the other for science, creating the exhibition space with cafes overlooking the sea, meeting rooms and an auditorium.

Linearity and centrality are intertwined. Part of the composition forms the ramp up to the exhibition and science areas and the other part remains anchored at ground level. Closed to the exterior, the internal space is divided into its multiple uses, each with a different look and feel as visitors pass through. The centre regulates the desire for integration and, at the same time, for formal autonomy between a deployment with an anchorage to the existing one and a liberation that becomes circular and linear autonomous. The cross section ends up being contaminated by the built landscape. A rhythmic and textured materiality tames the volume, evoking and celebrating the place.

The vortex, tunnel and bridge morphologies are gathered in a single building that connects the land to the sea.

Overlapping the vernacular with the contemporary through an evocative architecture, both meaningful and locally driven. 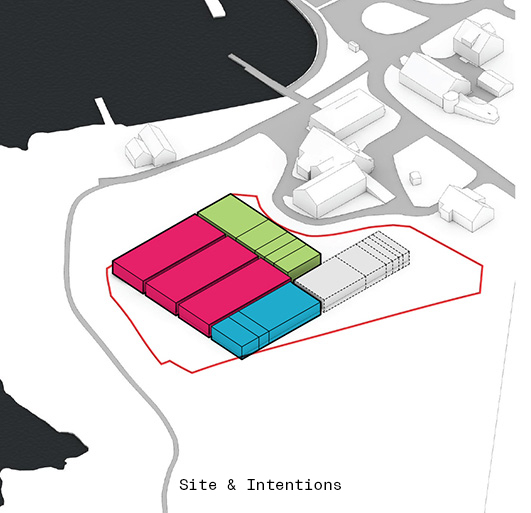 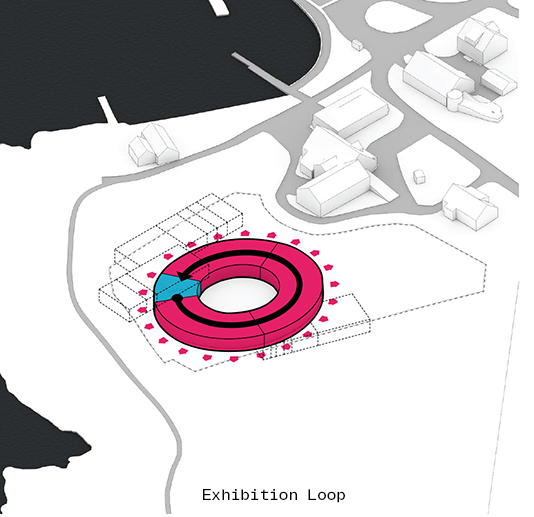 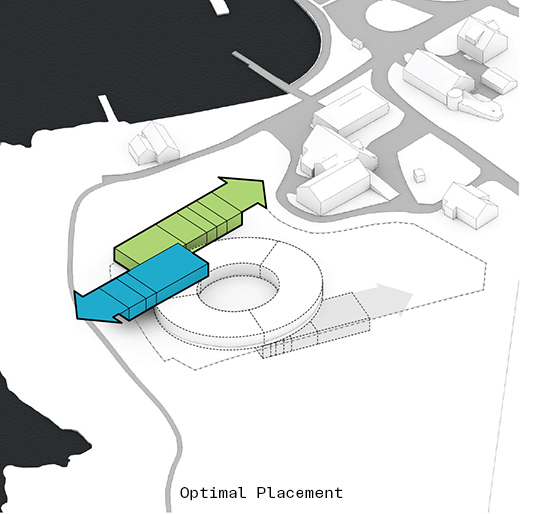 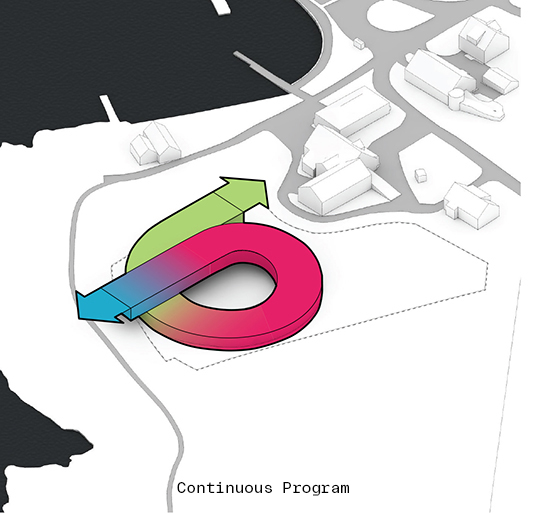 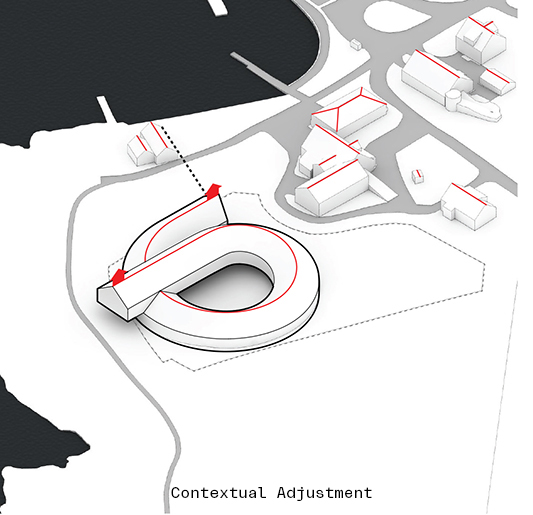 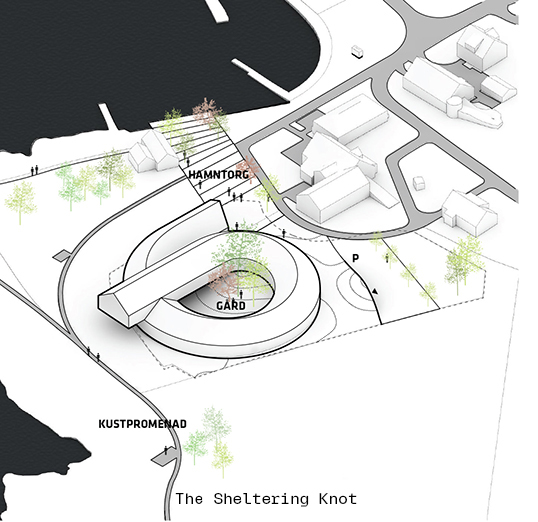